‘The practice of acceptance as it dances with the other 99 virtues that are the content of your character.’

Christine Ayling  trained as a Virtues Project™ facilitator in 2002 and 2013 receiving her Master Facilitator designation in 2014. Embracing and integrating the tenets of this project has transformed the way she sees herself as a human being and her way of being in the world,  and therefore has substantially altered the way she works with colleagues, clients and the practicum students it has been her privilege to mentor and learn with. Amongst its many brilliant components is a simply foundational perspective on understanding the critical balance between compassion and detachment that she believes is the bedrock of anyone working in human services. As a wife, sister, daughter, mother, grandmother, social worker, parent advocate, and singer she is passionate about the potential this initiative holds for providing a language and context for growing those qualities that build us into purposeful, mindful, compassionate, loving, gentle, assertive, fully human, human beings, connected in powerful relationships to those around us.

Christine Ayling has worked as a medical social worker for 18 years. She has also worked as a Child Welfare, Foster Care,  and Income Support worker. She has facilitated Virtues Project workshops at Teachers conventions, Parent Conferences, ACSW conferences, Home Care Conferences and many groups of parents, teachers. nurses, occupational therapists, social workers and student social workers, day care staff etc.  She is a singer with the  folk group “The Dandylionesses” that has done  community development projects such as “The Hearts Journey” and “The Power of the Land.”

Duff Crerar was raised in Eastern Ontario, studied at the Universities of Western Ontario and Queens, Kingston, in Canada. He is an author, writing on Canadian military and religious history, specializing in Military Chaplaincy. He retired from teaching undergraduates in History and Native Studies at Grande Prairie Regional College in May, 2013. For three years he has been moderator of interfaith discussions between aboriginal elders, Muslims and Christians of various denominations, and consults with and teaches at the Canadian Armed Forces Chaplain School and Centre for the Canadian Department of National Defence. 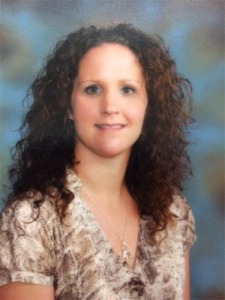 ‘Deanna draws on her experience as a school administrator, career student and mother to highlight the importance of supporting the development of a child’s self-acceptance in both the school and the home.’

Deanna has been educating both youth and educators for the last decade, sharing her passion for a holistic, empathetic approach to child development and learning. She is a mother, traveler, friend, educator, administrator and lifelong learner with a focused interest in empowering youth and fostering self-acceptance both in and outside the classroom.

“At Their Request, There Will Be No Service: healing from grief though ritual, symbolism, and acts of service”

Growing up, Eunice always knew she would become a registered nurse someday. When she moved to the Peace Country she attended Grande Prairie Regional College, graduating from nursing in 1988. Over the course of her 25-year nursing career, Eunice worked in the areas of pediatrics, correctional services, and occupational health and she has cared for countless individuals dealing with loss in its many forms.

In 2012, she and her husband Doug, a funeral director, decided to dedicate their lives to serving families during the most devastating and final of losses: death. They established Bear Creek Funeral Home and have been assisting families together with their staff since then. Eunice is currently studying Conversations about End-of-Life Care through St. Luke’s Hospice in the UK.

Eunice is a member of Grande Prairie Rotary Club and serves as a Director on the Board of the Volunteer Services Bureau. She is an active volunteer in the community and in 2012, she received the Jennie Tetreau award for long-term service with Grande Prairie Live Theatre. Eunice and her husband have three adult children, one of whom is following in the family footsteps and is working in Calgary having obtained her embalming licence in 2013. 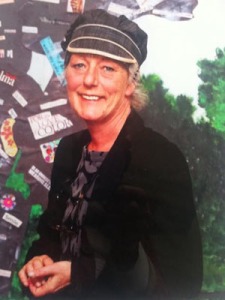 Ada Lovmo is a multi medium artist and has been facilitating Expressive Arts and mental health programs since 2001. She is a self taught musician and a producing artist. Her independent art studies have taken her to Vancouver Island, Vancouver, Atlin B.C., Thailand, Norway, Greece, and Italy. She is a mother to three and a grandmother of four.

Through her art she explores the human condition with her chalk pastel portraits and multi medium Social statement works. She has been producing community murals, as well as being involved with three of Lewis Lavoie and Phil Alain’s Mural Mosaics. Her work has been shown at various locations, including Grande Prairie, Edmonton and Vancouver.

In 2001, I developed a community driven art and music program for adolescent youth. Growing up in a rural community I could see that  access to negative influences, such as drinking, drugs, excessive speed, and partying, were far more prevalent than access to positive influences, like the arts. I identified the problem when my own teenagers were in high school, the same high school I attended, and the arts were still not available….funding cuts. Sports were available for the “sport” driven teen but nothing was available for the “arts” driven teen. So I campaigned to make it mandatory for the community to provide these opportunities. I truly believe that creativity in it’s “unlived” form is addiction.

“Energy is neither created nor destroyed, it just changes form”. – Einstein. 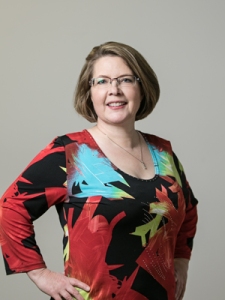 ‘We Need Everyone’s Wisdom for the Most Meaningful Results.’

Miriam Mahnic shares her enthusiasm, creativity and experience with those she comes in contact with as a Community Development Officer for Alberta Culture and Tourism, and as a Certified  Professional Facilitator with the International Association of Facilitators. As a presenter, trainer, graphic recorder and facilitator, Miriam uses these qualities to spark people’s creativity and nurture their involvement in their communities.

Miriam’s 36 years of experience has been rich and varied, and has included work with many voluntary and social profit organizations.  She takes a practical approach to theory and looks for common-sense ways to help to help individuals and organizations grow their capacity and resources, and to increase their accomplishments.

‘Accepting that intuition is our choice.’

Candace McKim is a Yoga /Chakra Therapist and Spiritual Director who combines the wisdom and benefits of Yoga (Asana, Pranayama, Meditation, Spirituality, Ritual and Chakra Studies) with her Social Work / counseling experience and her own life situations as a path to Optimal Health.

Candace’s life work is in support of The Woman who is trying to be everything to everyone, hoping her life looks beautifully perfect. On the inside this Woman feels something is missing, she yearns for connection.  As she hears the voice of her intuition she fears stepping wholly into her purpose and femininity, afraid of ridicule, confrontation and loss of security.

Through interactive workshops, inspirational talks, personal counseling, retreats and her book; Candace guides you to identify your path, supporting you to courageously stay connected to your intuition and value your femininity.

Yoga Videos and meditations are available on Candace’s website www.candacemckim.com

Alan Segal is a sociologist whose interest and research looks at social change and personal ideas about it.  He has directed several documentary films.  Two of the most recent were on cultural change and a provincial pilot health initiative to reduce the incidence of Hepatitis C.  And a commemoration of the On To Ottawa Trek of 1935, in which more than a thousand unemployed men began a journey of protest to Canada’s capital, a journey that never reached its destination.  Alan has also completed an audio documentary on Egypt in the final days of President Morsi’s regime.

One thought on “Past Speakers”